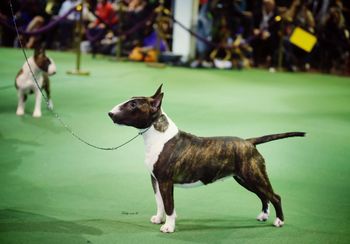 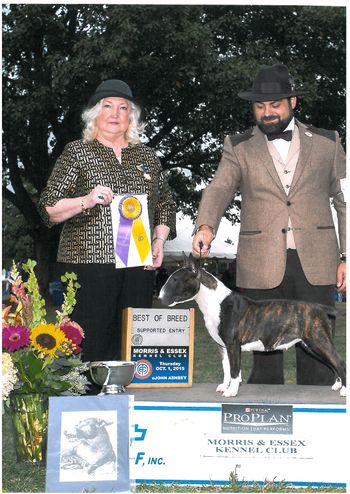 Best of Breed Morris and Essex 2015

Huxley is our foundation bitch , our kennel name comes from her registered name. She is named after the British Supermarine       Spitfire aircraft. Many believe it  was one of the most beautiful aircrafts ever built.

Huxley began her show career as a 6 month old puppy over Memorial Day Weekend of 2015. By the end of 2015 , she was ranked